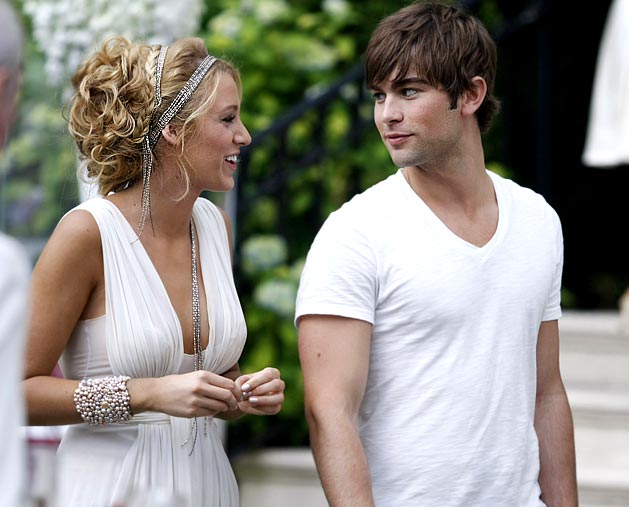 Blake Lively started her actress career at age 11. You can see her performance in such a films like- The Sisterhood of the Traveling Pants, Elvis and Annabelle, New York I Love You, Paris je t’aime, The Age of Adaline and many others.

The most successful performance of Blake Lively was Gossip Girl introduction. It was like a starting point for young actress, where people discovered talent of Blake Lively, known as Serena van der Woodsen– character embodied in serial. From that time, this young woman became icon of many teens.

Although Blake Lively kissed and fell in love with many of characters in Gossip girl, the most prominent relationship was between Blake Lively and Penn Badgley. Actor, mostly known as Dan Humphrey, played one of the main roles in serial and contributed a lot to success of Gossip Girl. Many suitors fell in love with series, just because catch a likeness of themselves in Penn Badgley and Blake Lively relationships. After all there is nothing worse when you love someone, but something still hampers to be together.

Strong friendship existed between Leighton Meester and Blake Lively. Serena friend, more known as Blair Waldorf has captured the hearts of viewers because of strong character and sense of style. Strong friendship between girls remained even after wanton of Blake Lively and Chace Crawford– Blair youth love Neit.

Blake Lively character in Gossip Girl inspired lots of teens around the world and helped to find out their real mission in this world. Everything what this young actress does looks perfect. The way Blake Lively is kissing, laughing, dancing, moving looks just perfect.